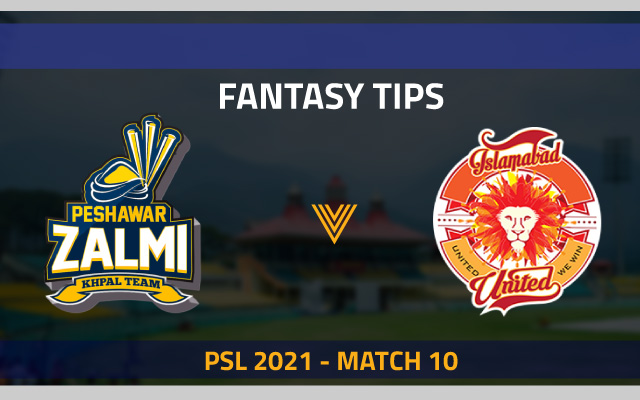 The 10th Match of the Pakistan Super League (PSL) 2021 season will be played between Islamabad United and Peshawar Zalmi at the National Stadium in Karachi.

This match will start at 7:30 PM IST (7 PM local time). It will be telecasted on Sony Sports Network and can be streamed live on Sony LIV.

The 10th match is a top-of-the-table clash between Islamabad United and the Peshawar Zalmi. Placed at the second spot in the table, the Wahab Riaz-led Zalmi are coming into this clash after a resounding victory over Quetta Gladiators in their last encounter.

A dominant half-century from Sarfaraz Ahmad (81 from 40) apart from quick-fire cameos from Faf du Plessis (37 from 26) and Azam Khan (47 from 26) led the Gladiators to a daunting total of 198/7. In response, a string of healthy contributions from the Zalmi middle-order – Haider Ali (50 from 29), Shoaib Maik (34 from 20), and Sherfane Rutherford (36 from 18) – after a solid start from Imam ul Haq (41 from 30) meant that Zalmi surpassed the target with 3 wickets and as many balls to spare.

On the other hand is Islamabad United, who have won both their encounters thus far, and are sitting comfortably at the top of the table with 4 points. Chasing a massive 197 against Karachi Kings in their last encounter, some brisk cameos from Alex Hales (46 from 21), Iftikhar Ahmed (49 from 37), and Hussain Talat (42 from 31) powered them to a brilliant 5-wicket win in the face of Sharjeel Khan’s century (105 from 59).

After ruling the roost in the Big Bash League 2021, where Alex Hales finished as the top-run getter of the tournament (543 at 38.78 with 1 century and 3 half-centuries), he has been able to carry that form forward in the PSL as well. Hales’ 46 in the previous game was a crucial effort in a tall chase. Expect him to fire once again.

Haider Ali has been in fine form and his breezy knock of 50 from 29 played a crucial role in Peshawar Zalmi’s victory against the Quetta Gladiators. Against Multan Sultans on Tuesday, Ali smacked 24 from just 8 to accelerate his team towards their first victory of the season.

Every new user gets ₹20 as a sign-up bonus and gets a 200% Welcome Bonus offer on their First Deposit of up to ₹10,000. Any amount you deposit for the first time on Fan2Play, you will get a 200% bonus on your deposit 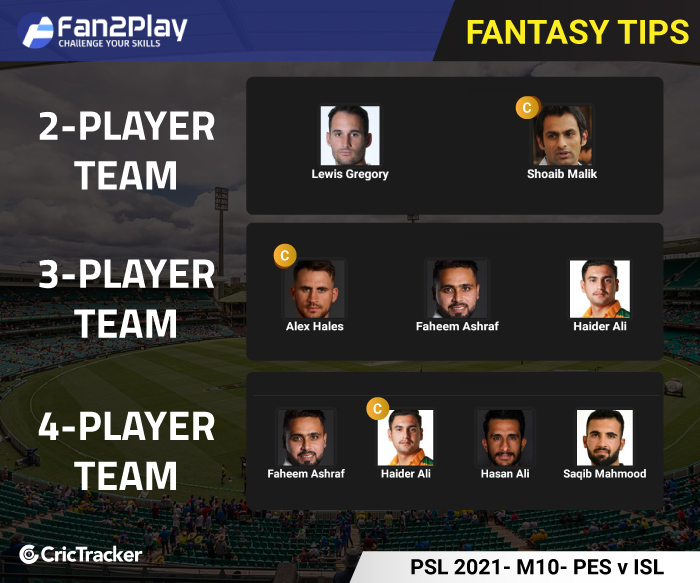 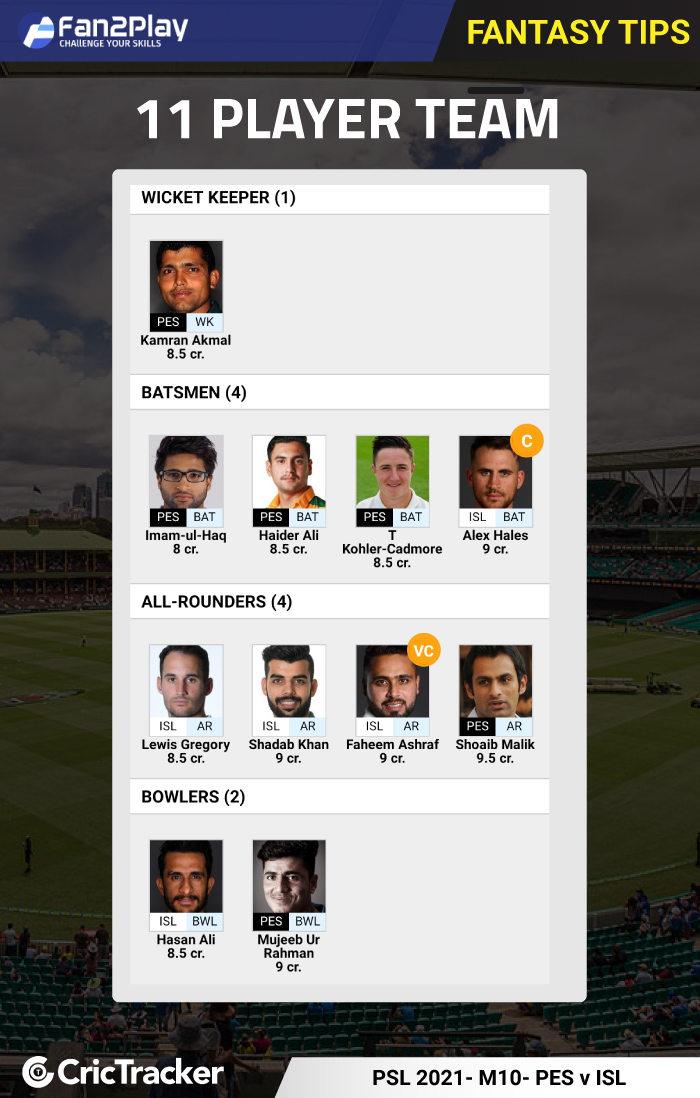