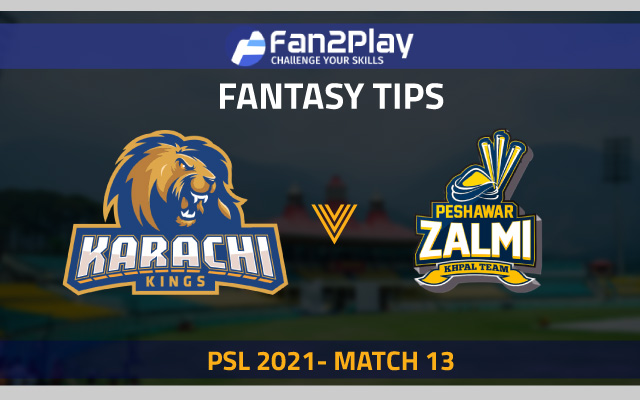 The 13th Match of the Pakistan Super League (PSL) 2021 season will be played between Karachi Kings and Peshawar Zalmi at the National Stadium in Karachi.

This match will start at 2:30 PM IST (2 PM local time). It will be telecasted on Sony Sports Network and can be streamed live on Sony LIV.

Peshawar Zalmi and Karachi Kings will be up against each other in a crucial match. Both the teams have had a good start to the season with Zalmi edging ahead at this moment. The Zalmi has played four matches so far and won three out of them. Their confidence would be quite high after beating Islamabad United in their previous match. Skipper Wahab Riaz did the trick for them, finishing with match figures of 4 for 17. Haider Ali finished the small chase with a bang scoring 36 runs off just 18 balls.

Karachi Kings are coming into this match after facing a defeat from Lahore Qalandars. The defending champions managed to put a huge score of 186. However, they failed to defend the score, which resulted in their loss of the season. They have won two of their four matches so far.

The left-handed opening batsman scored 64 runs from 39 balls in the previous match against Lahore. His dominating nature was also seen during one of the earlier matches in this season when he scored a fantastic century. In the four innings, he has scored 200 runs for his franchise with an average of 50 and a strike rate of 172.58.

The fast bowler has been the find of the PSL so far. The way he has bowled is one of the major reasons why Peshawar Zalmi find themselves in the top four. He has picked up 10 wickets in four matches with a bowling average of 10.40. His strike rate is 8.5, which means he is picking a wicket with his every ninth delivery in this tournament.

Every new user gets ₹20 as a sign-up bonus and gets a 200% Welcome Bonus offer on their First Deposit of up to ₹10,000. Any amount you deposit for the first time on Fan2Play, you will get a 200% bonus on your deposit. 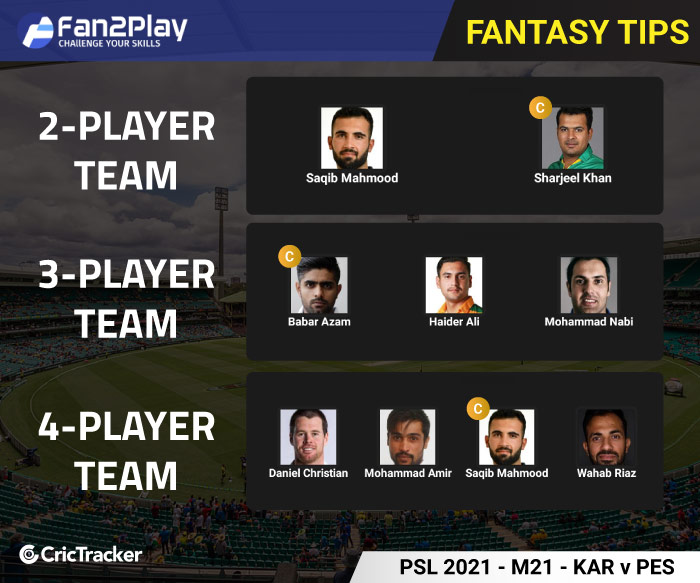 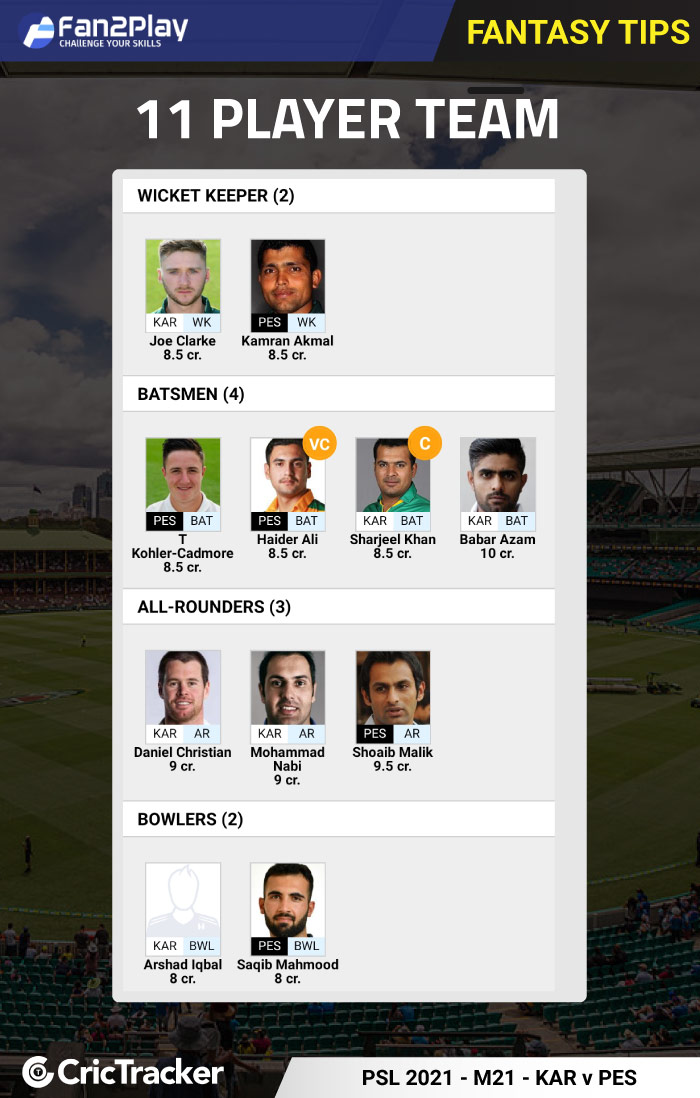