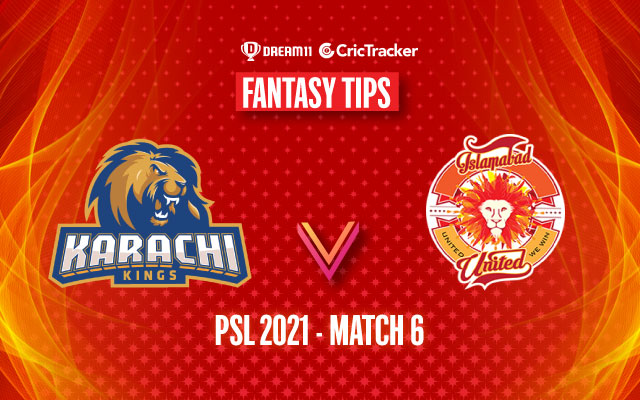 The 6th match of the Pakistan Super League 2021 will be played between Karachi Kings and Islamabad United on 24th February at National Stadium in Karachi.

Defending champions Karachi Kings will take on Islamabad United in the 6th match of the Pakistan Super League 2021 on Wednesday. Karachi Kings had a wonderful start to their tournament campaign as they scripted a convincing victory of 7 wickets over Quetta Gladiators. A large margin of victory has helped them in terms of net run-rate as well. Currently, they are at 2nd spot in the standings with 2 points with a net run-rate of 3.058 though it’s still early days in the tournament. Overseas players are their main strengths and they look to utilize their services to the maximum extent in the upcoming matches.

On the other hand, Islamabad United achieved an improbable victory against Multan Sultans by 3 wickets with an over to spare. Overseas all-rounder Lewis Gregory’s brutal hitting in the end won the game for them. Middle-order batters should contribute with the bat. Opener Alex Hales will play a major role in this series for them. At present they are at 3rd spot in the standings with 2 points. Both the teams had an excellent outing in their respective opening matches and a win here will take them ahead in the points table.

It will be a pleasant evening in Karachi with not much fog and the temperature will be around 23 degrees Celsius and the humidity will be 64 percent. There is no chance of precipitation for this match.

The pitch is getting better and better to bat on than the first two days of this tournament. The batters are getting plenty of assistance from the surface and they just need to find the gaps. Bowling wicket to wicket line will be the key weapon for the bowlers. Batting second is good a option.

147 (First 4 matches of this tournament played on this venue)

Babar Azam one of the most talented cricketers Pakistan has found in recent years, has proved his immense capability and performed in all forms of the game. In the 1st match of this tournament, he got the start for his team and got dismissed for well-made 24 runs.

Overseas player Joe Clarke took on the bowlers and played some delightful shots against Quetta Gladiators, scoring 46 runs from 23 balls including 6 fours and 3 sixes.

After retiring from International Cricket, Mohammad Amir is still showing he can match that standards and bowled extremely well against Quetta Gladiators by picking one wicket and conceding only 14 runs in his 4 overs.

Alex Hales carried his form from the BBL and played well in the 1st match against Multan Sultans for his 29 runs from 20 balls. He is one of the most experienced cricketers in the Islamabad United lineup.

Overseas all-rounder Lewis Gregory was the star of the match against Multan Sultans with both bat and ball. He picked up 2 important wickets of James Vince and Khushdil Shah with the ball and later finished the match with an unbeaten knock of 49 runs from 31 balls. 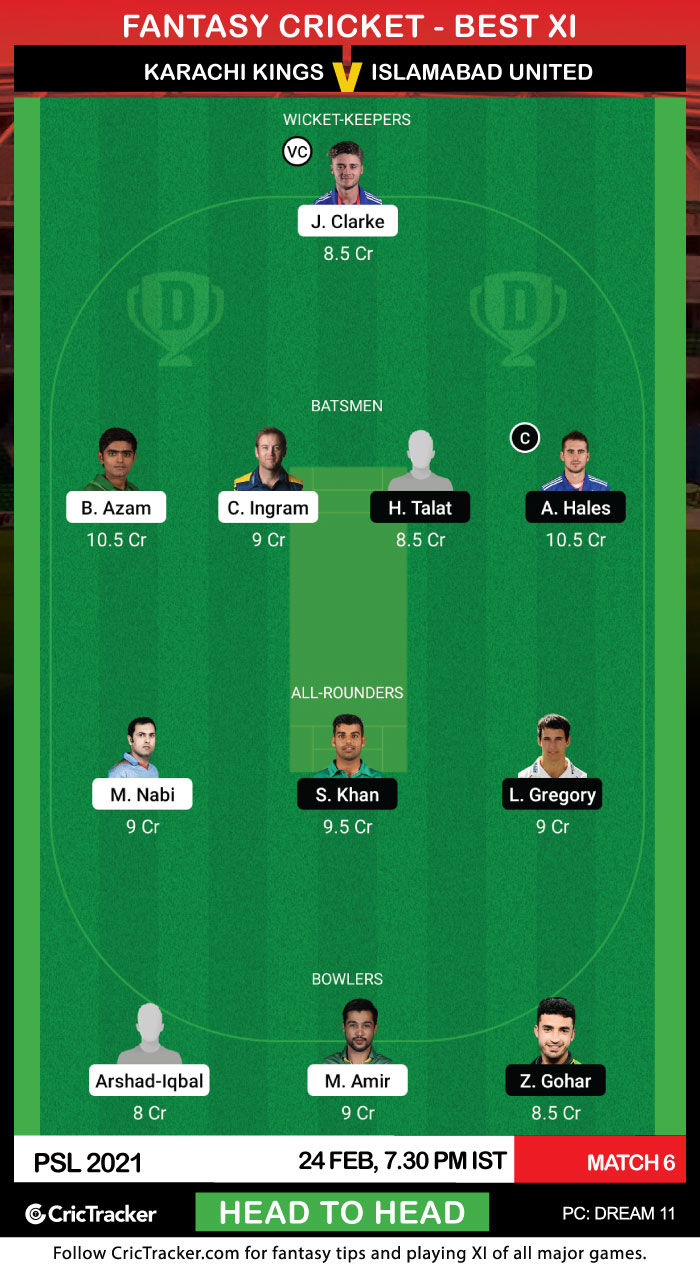 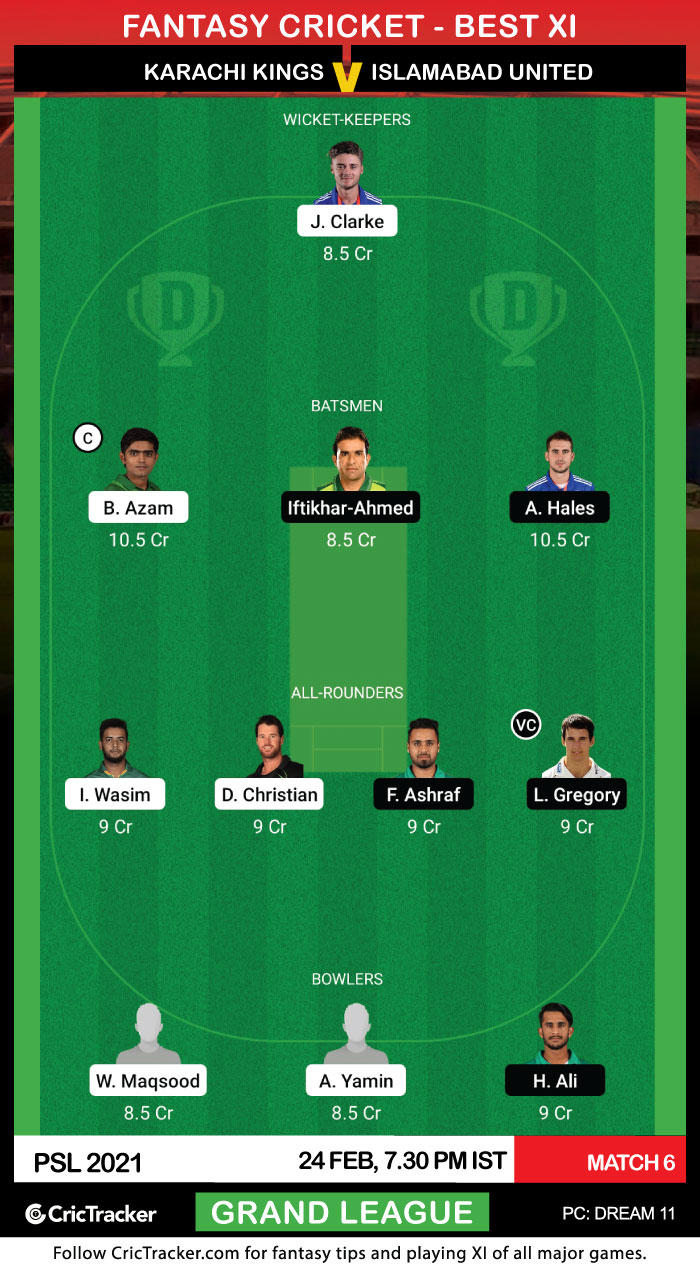 Karachi Kings are expected to win this match.