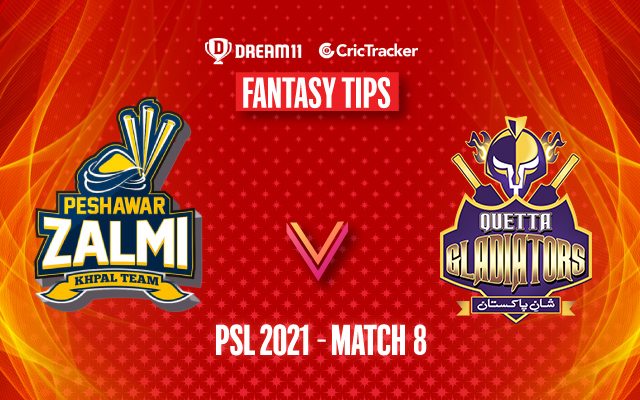 The 8th match of the Pakistan Super League 2021 will be played between Peshawar Zalmi and Quetta Gladiators on 26th February at National Stadium in Karachi.

The match is scheduled to start at 8:00 PM local time (8:30 PM IST) and it will be streamed live on Sony Sports Network.

Peshawar Zalmi will lock horns against Quetta Gladiators in the 8th match of the Pakistan Super League 2021 on Friday. Peshawar Zalmi will come into this match high on confidence after winning their last match against Multan Sultans by 6 wickets. Although they lost their first match, last match’s triumph moved them up to the 4th spot on the points table. They will be looking forward to continuing their winning momentum in this upcoming match on Friday.

Quetta Gladiators, on the other hand, are yet to register their first win in this season so far. They lost both of their first two matches and are placed at the bottom on the points table. They will be eager to win this match and get their momentum back on track.

The sky will be clear during the match time here in Karachi. The temperature will hover around 25 degrees Celcius with no chance of precipitation for this match.

The pitch here at National Stadium has been in favour of batsmen in this season so far. It gets difficult to bowl in the second innings because of the dew factor. Batting second should be a preferable option on this kind of track.

171 (Last 5 matches of this tournament played on this venue)

Mohammad Hasnain scalped two wickets for his team in the first match of this season. He can pick wickets at regular intervals.

Right-handed English batsman, Tom Kohler-Cadmore scored a match-winning knock of 53 off just 32 balls in the last match against Multan Sultans. He is a must-pick for your Dream11 Fantasy teams.

Shoaib Malik is one of the most experienced players on the Zalmi side. He can provide you with some valuable points with both bat and ball.

Saqib Mahmood is in decent form with the ball. In the last match where he scalped two wickets. He has been very consistent with the ball for Peshawar Zalmi.

Imam-ul-Haq looked good in the last game, as he missed out on a deserving half-century by only 2 runs. Given how he played, it might be on the cards for this game.

Also Read – We’ve got to ask some hard questions of Cricket Australia and challenge them: Graeme Smith 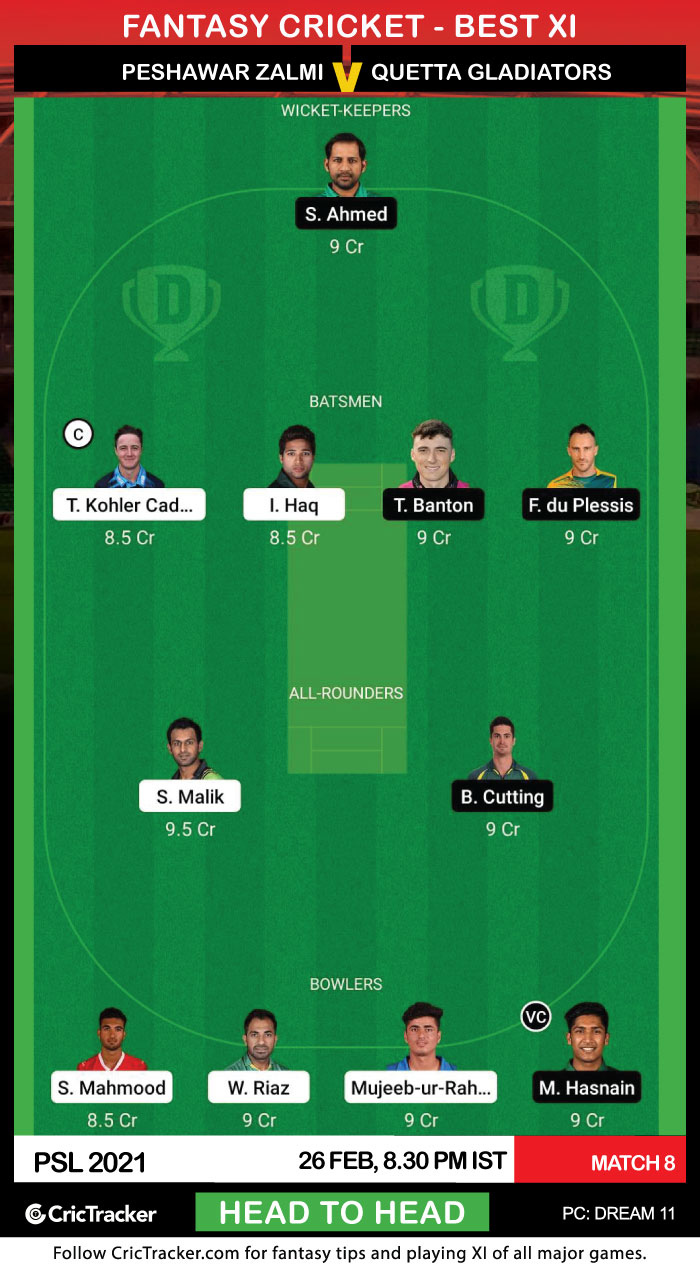 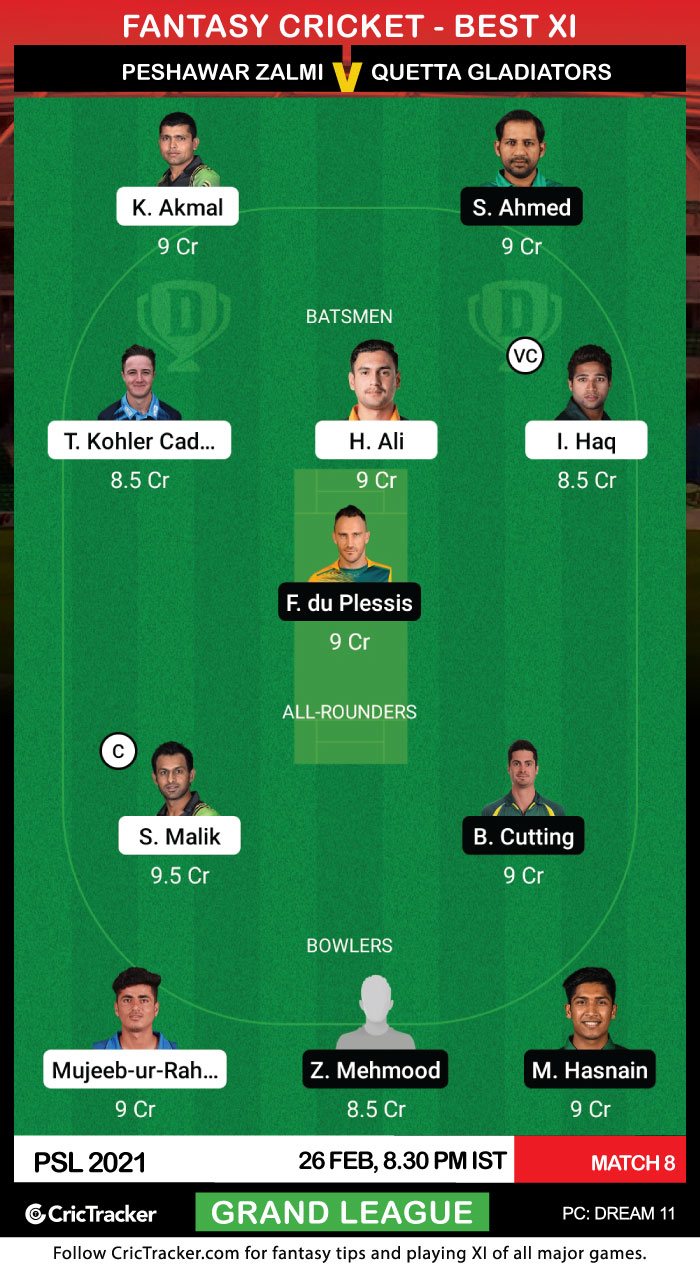 You can try Sarfaraz Ahmed as a multiplier in anyone of your Dream11 Fantasy teams as he was in decent form with the bat in the last match, where he scored 40 runs off 33 deliveries.

Peshawar Zalmi are expected to win this match.