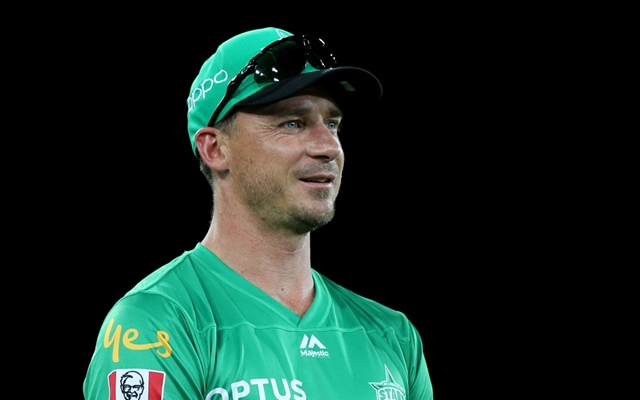 One of the greatest bowlers of his era, South Africa’s veteran pacer Dale Steyn is currently piling his trade for franchise Quetta Gladiators in the ongoing 2021 edition of the Pakistan Super League (PSL). Steyn is having the best of times in Pakistan and is enjoying playing for Gladiators.

Thus far, Dale has featured in just one game for Quetta against Peshawar Zalmi and ended up with two wickets in his 4 overs at an economy of 11. The seamer is in awe of Pakistan’s young fast-bowlers like Haris Rauf and Shaheen Afridi and heaped praises on Pakistan for producing many world-class seamers despite their pitches not being very conducive for the pacers.

“I had a chat with Shaheen last year. I think he broke his thumb or hand or something like that last year. He was down but he was amazing. At Melbourne Star, I had Haris Rauf with me and I was so impressed by him and it wasn’t long after that he started playing for Pakistan.”

“There is a breeding machine of fast-bowlers here in Pakistan, which is great to see because the wickets are not conducive for fast bowlers so to see so many fast-bowlers come out of here is fantastic to see,” Dale Steyn told Cricket Pakistan.

Babar Azam has been fantastic for the last couple of years: Dale Steyn

Further in the interaction, Steyn lauded Pakistan’s skipper across all formats and arguably one of the best batsmen of modern era Babar Azam saying that Azam is a wonderful player and it will be a great opportunity for him to bowl against him in the ongoing PSL. However, the veteran knows that he might never get a chance to face Babar on the field as a bowler can only bowl 4 overs in a game.

“I’m looking forward to bowling to whoever is in front of me. Babar [Azam] is a great player. It really doesn’t matter who you are bowling against. Wahab Riaz came in last night [Zalmi vs Gladiators match], only faced eight balls and won the game for his side. So every player that you bowl to, comes with their difficulty,” he said.

“Babar is a wonderful player and it would be a great opportunity to try to get him out or bowl against him. But you never know, I might not even get to bowl at him because it’s only four overs or he might get a duck, who knows but he has been fantastic for the last couple of years,” he added.